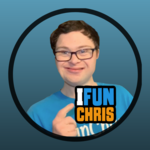 Welcome To just for fun on IFunChris 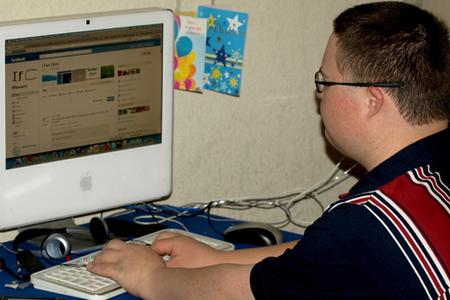 Chris’ future is built on fun​

Chris Seits works at his computer in his web studio, which is complete with green screen, daily schedules and his video camera.

Moving to a new town in a new state and starting a new school two-thirds into the school year would be daunting for any teenager. But Chris Seits isn’t just any teenager and seems to relish the opportunity for new experiences, facing challenges head-on.

Three months ago, Seits and his family moved to Big Bear from Colorado following a year-long RV trip. Chris didn’t let the grass grow under his feet as he settled quickly into a new routine at Big Bear High School, made new friends and got the word out about his own business, IFunChris.

He has always enjoyed music and performing. His first stage performance was four years ago in church when he sang “Away in the Manger” for Christmas. His mother, Teri Seits, said he self-advocated that. Having developed a relationship with the pastor, Seits expressed his strong desire to sing before an audience, and the pastor agreed. “There wasn’t a dry eye in the house,” Seits said.

On his 17th birthday, Seits’ grandfather surprised him with a video camera. This sparked a new way for Seits to show others life through his eyes and express his creativity. He began filming his family and making his own music videos.

Inspired by one of his favorite TV shows “iCarly,” Seits decided to develop a website where he could showcase his movies, expand his talents and make people happy.

“(I want) to make everyone laugh,” Seits said.

On May 10, 2010, IFunChris was born. Seits learned how to create the website and edit videos on his own, and has a working studio set up in his home. With 59 videos uploaded and a one-year anniversary celebrated, his project has grown into a business. He now has business cards, T-shirts and a Facebook page with fans all over the world.

There have been opportunities for lessons learned through the process of opening himself up globally. Although his mother has avoided direct monitoring of his online activities to allow Seits the freedom to explore, she does have other people who watch and let her know if anything inappropriate happens. “He is monitored, but not necessarily by me because I try not to be the mom-influence,” Seits said. “I just want to support him and let him do what he wants.”

But overall, the experience has been a positive one that Seits and his mother look forward to seeing grow. Long-term, they would like to turn the website into a nonprofit company that will support Seits into his adulthood as well as provide opportunities of employment for young adults with special needs in the community.

“Those are our big grand goals that we have,” Seits said. “But we believe it could happen.”

Seits already researched the nonprofit application process, is developing a business plan and will take a web design course at the high school next year. At 19 years old this young man has hit the ground running with eyes focused on his future. A challenge for many at his age perhaps, but even more remarkable because he was born with Down syndrome.